Home
About You
About UsGet startedLogin
Kinteract News 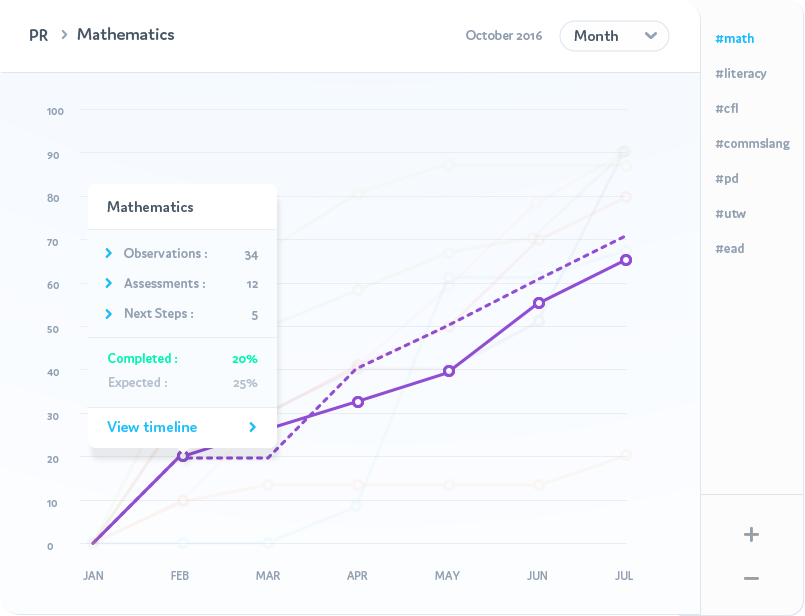 As much as any senior leader of a school loves to see a graph showing progress going up and up in a perfectly smooth line, in reality it doesn’t really work like that if we reflect what happens in classrooms. Firstly if you look at multiple points in time it is likely there are certain times a pupil may seem to slide backwards. Maybe not in overall grades, although that can also happen, but certainly in certain topics and strands. If you give a child a maths test just after teaching fractions, for example, they will do well in that element of the test. Test them again in four months and they may have forgotten some fractions work but do better at another area of maths which was taught more recently. Has the child forgotten all the fractions completely? Does it negate the previous marks?

After revising across the curriculum for tests, which is done much more so before national testing such as SATs and GCSEs, it is more likely you will get a decent overall picture. But in other year groups, and term by term, you are likely to see a pretty mixed picture depending on where you are up to in the curriculum for that year. Different teachers might see different results too in the same year group of a school. This might lead senior leaders to question teaching methods and abilities. Actually what could feasibly be happening is that one teacher has taught less content than the other, but has consolidated each strand they have covered well, and so their pupils may do well in areas which carry the most marks; whereas the other teacher may have covered everything to a degree but not yet gone into depth and consolidated everything yet. Their pupils may be able to answer more questions but do not go enough in depth for the questions with the most marks. So at a mid-point of the year it is an unfair comparison of both the teachers and the pupils. Teacher A will go on to cover the topics they have not yet covered, and Teacher B will go back over everything again and consolidate. By the end of the year the results are the same as both have covered everything and consolidated everything, they have just used their professional autonomy to approach it in different ways.

These examples show, in brief, how assessment systems can often restrict our view of what learning does and should look like. If a system pens you into a certain way of working we get a negative effect on teachers overall where they have one of two choices - either they change their teaching and learning in the classroom to match with what the assessment system wants (which is never what you want to happen), or they start filling in the assessment system in a way which shows what senior leaders want and expect to see - i.e. make sure the graph always points up a bit but not too much (don’t want to shoot ourselves in the foot for next year!)

Any systems which force teachers into a tick-box exercise adding to workload and changing their working to conform does a disservice to their professionalism and takes away from vital time and energy spent planning the best lessons for the benefit of their students.

Kinteract is different because it doesn’t hang anything on those kind of systems and ways of working. Kinteract allows teachers to record as little and as often as they see fit. Do they need to add evidence and tracking ticks to every objective? Or can they just record what makes a difference for an individual pupil? Could Kinteract allow you to gather data on key objectives rather than a sheet full of teaching objectives? And crucially, could Kinteract allow your teachers to move away from a straight jacket which won’t allow their own professional judgement to shine through?

Data is important for a school. It helps to inform next steps from an individual child perspective, right through to a whole school perspective. But the wrong data just wastes everyone’s time and, in the worst case scenarios, actually gets in the way of teaching and learning.

Teacher time is so precious. That is why the Kinteract app has been designed for teachers to use in classrooms to add evidence and assessment as they need too. Whether that is a test result, an observation in class, a piece of work, some feedback, or a next step challenge, Kinteract allows the teacher to do what they do best - work with every child as an individual. And it allows senior leaders to do what they do best and support every teacher to enabled every student to achieve their highest potential.